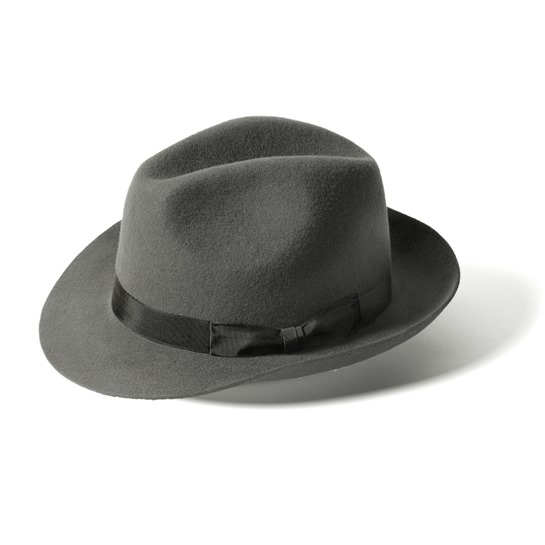 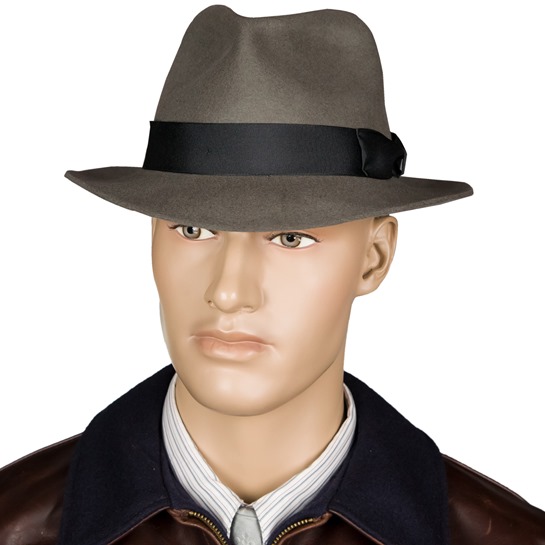 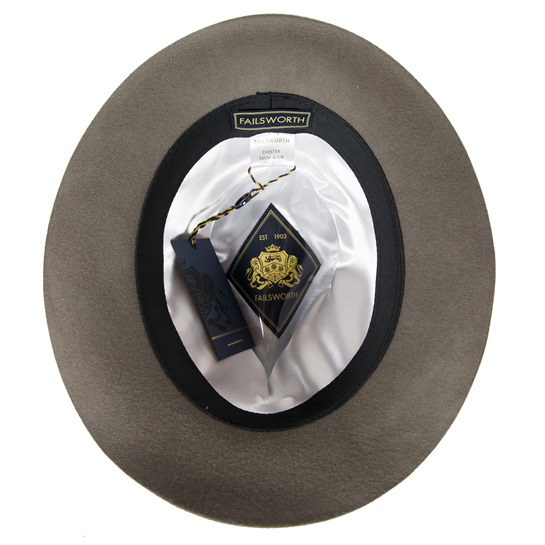 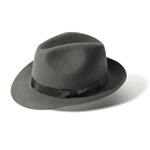 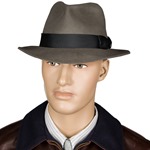 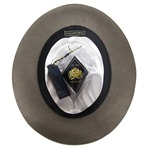 Of all the classic types of men’s headwear, nothing catches the imagination like the Trilby Hat.

Although the hat's name derives from the stage adaptation of George du Maurier's 1894 novel Trilby, when a hat of this style was worn in the first London production of the play, it’s probably in the middle of the 20th Century when it became a staple part of a gentleman’s wardrobe. Worn by such diverse characters as Frank Sinatra, Vincent O-Brien, Peter O’Toole, Harrison Ford, Dick Tracy, Pete Docherty, Edward VIII, Tamara Lempicka, George Raft, Humphrey Bogart, Arthur Daley and Marlene Dietrich.

Aero have finally found a Trilby that we are happy to include in our range of classic clothing. When receiving a new Felt Hat it is advisable to shape the brim to one’s personal taste by steaming the hat in the jet of steam from a boiling kettle, generally speaking on this occasion it IS best to try this at home as most local cafés take umbrage to it being done on their premises.

Available in three colours in all sizes.

Measure your head circumference with measuring tape sitting just above your ears then select your size from drop down menu (if between sizes choose the bigger size).