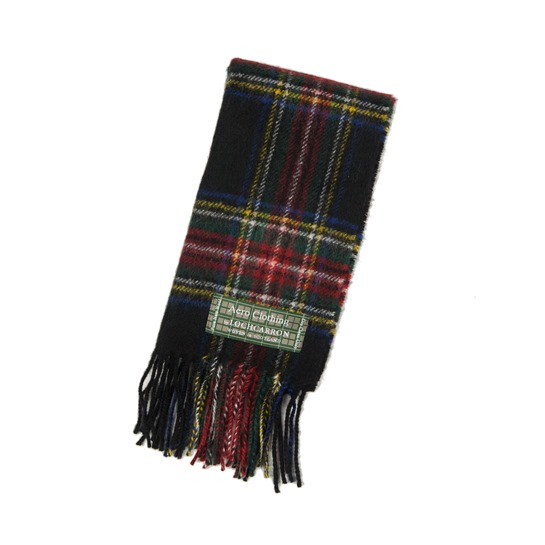 We're pleased to offer a variety of Aero pure wool scarves. These gorgeous warm scarves are Made in Scotland by Lochcarron and come in various different tartans.

The perfect scarf for wrapping up stylishly in the cold winter (or Spring if its as cold where you are as it is in Scotland!)

Stewart Black Modern is a classic black-based tartan with colourful overchecks.The Royal Stewart tartan generally referred to simply as the Royal Tartan, has been associated with the Royal House of Stewart for several centuries. The Stewart monarchs were descended from Walter, High Steward of Scotland, who married Princess Marjory, daughter of King Robert the Bruce. Their son, King Robert II, was the first Stewart king.