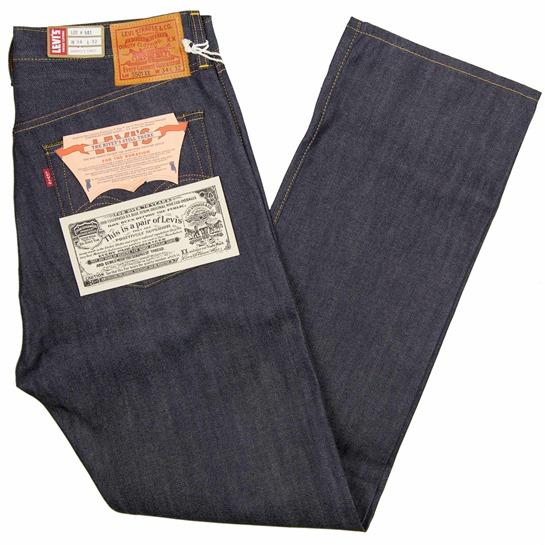 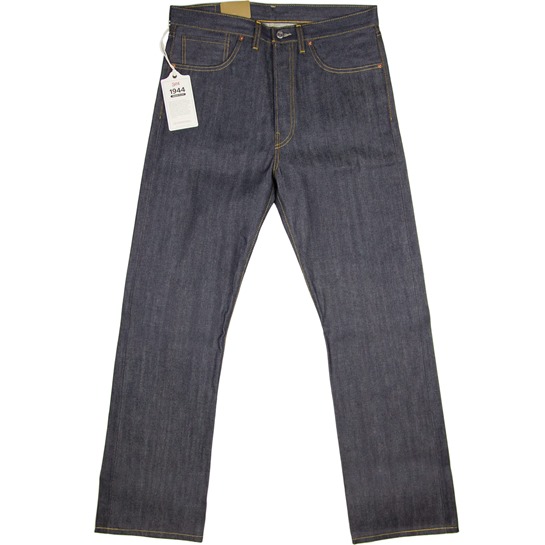 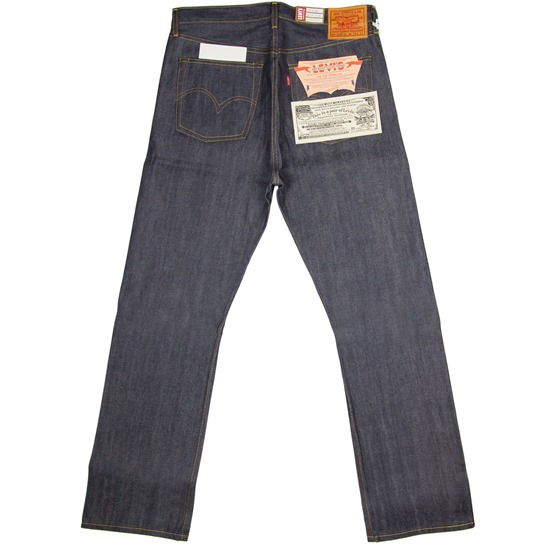 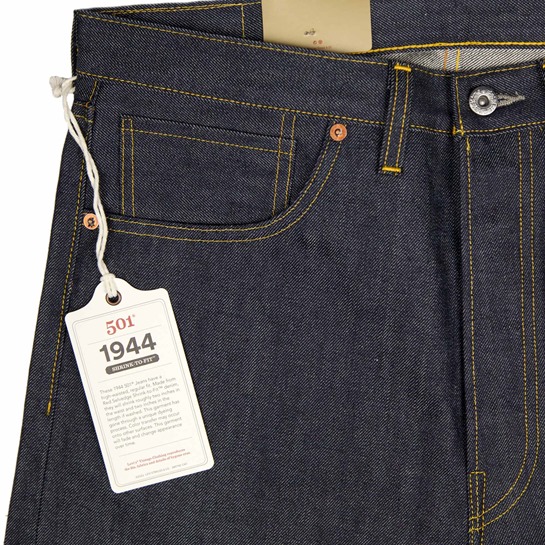 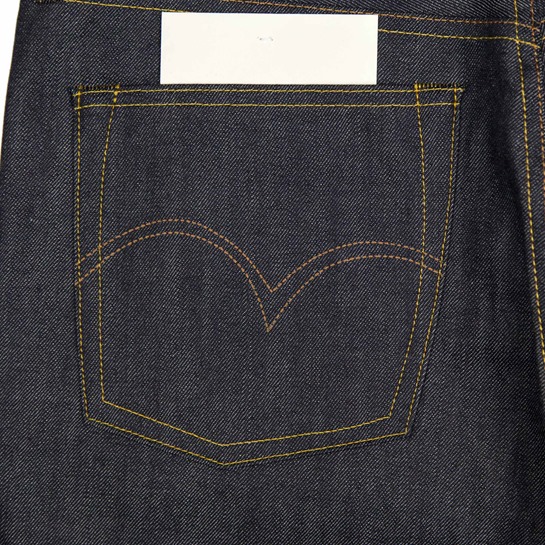 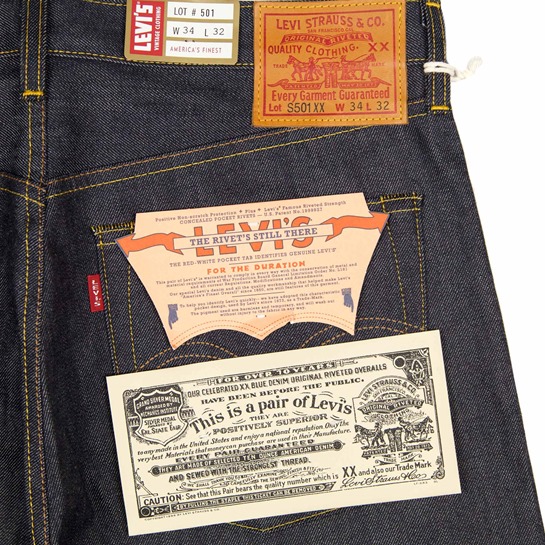 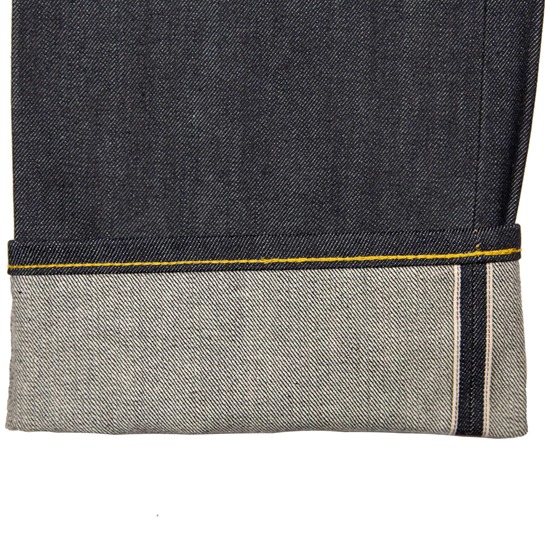 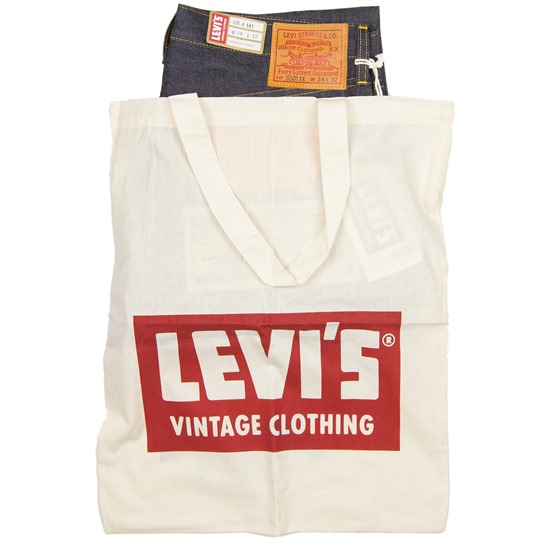 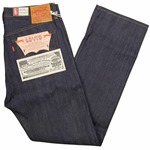 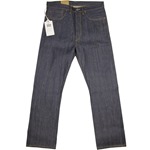 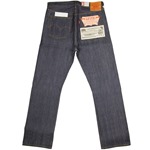 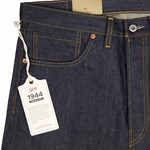 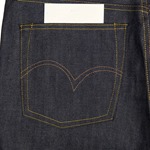 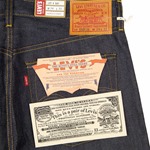 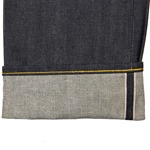 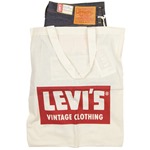 Base Price:£180.00
Size:
Standard size range is 34" to 48" inclusive, other sizes are available by special order
Summary
Description
Sizing

• Two back pockets with concealed rivets

Everything changed during World War II. The United States government informed all clothing manufacturers that they had to remove a certain amount of metal, fabric and thread from their garments in order to conserve the raw materials for the war effort. Levi Strauss & Co. did what it could to abide by the rules. Off came the watch pocket rivets, the crotch rivet and the cinch, along with its two rivets (which eliminated both fabric and metal.) Buttons became standard issue during the war and featured a laurel leaf design. Sometimes the buttons were branded; sometimes the waistband had the laurel leaf and the fly buttons were plain. The only explanation is that delivery of sundries was hit-and-miss during the war years, and the brand sometimes had to use what it had on hand. There was one rationing rule that was a little harder to bear: the order to remove the Arcuate Stitching Design from the back pockets because it was considered decorative and didn’t have a function. Well, LS&Co. thought it did: it was one of the prime identifiers of classic 501® Jeans. Rather than lose this important design, LS&Co. worked out a system to print the Arcuate Stitching Design on every pair of 501® Jeans that came out of the factory. The paint eventually washed off, but having that stitching visible when buying the jeans was the important thing.

Sizes are listed as their waist size but will shrink to fit. The waist will shrink up to 2" and the length 2-3". Download Levi’s® Shrink To Fit™ Guide to understand more about their vintage dry denim and how to treat your jeans so they are perfect for you.