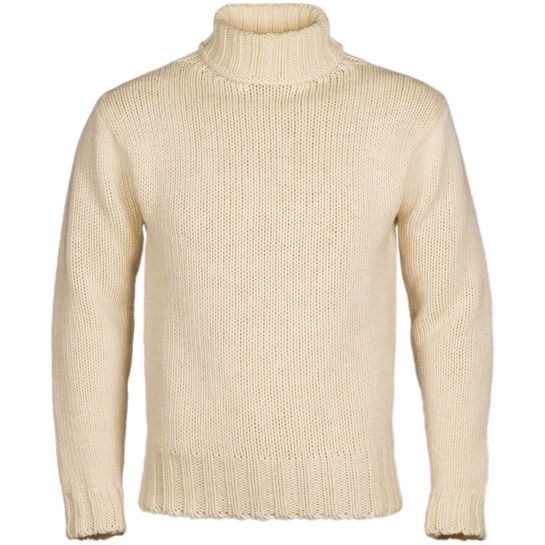 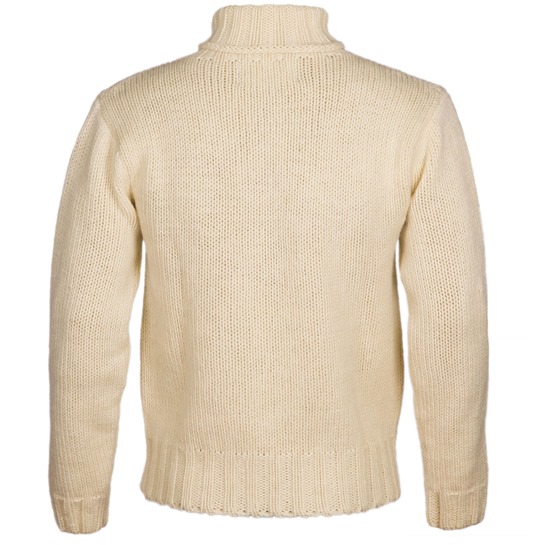 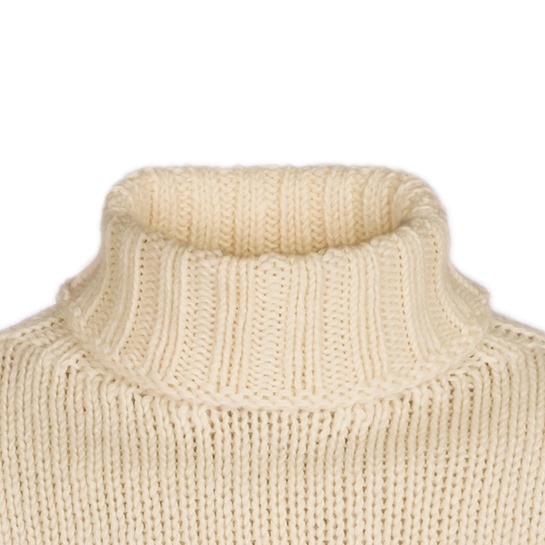 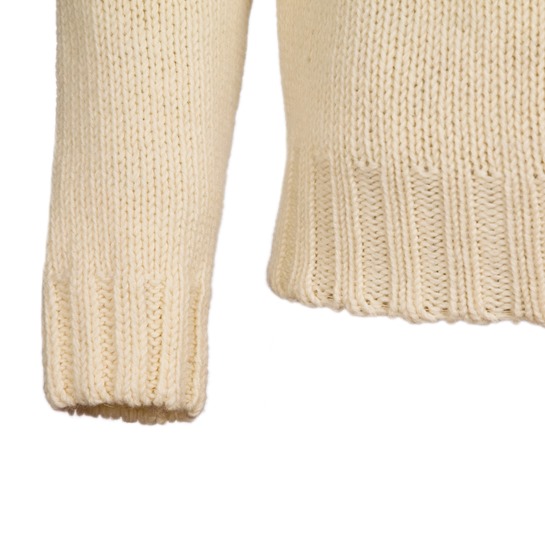 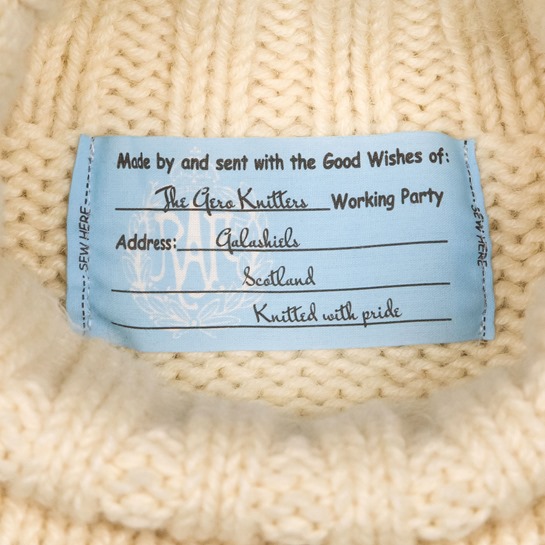 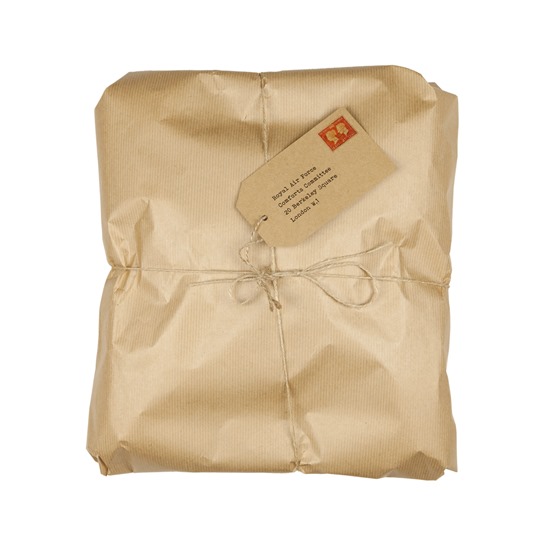 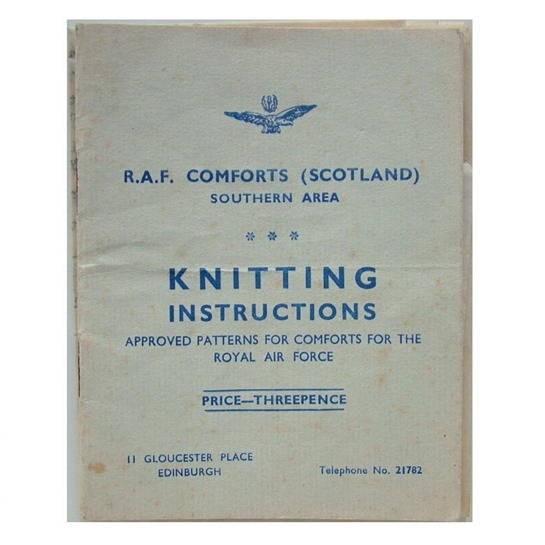 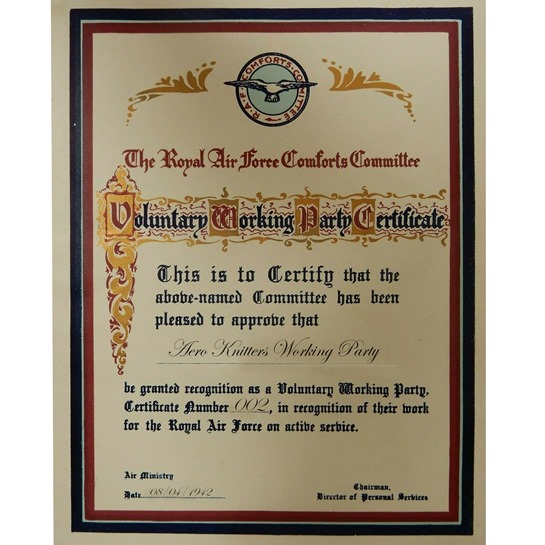 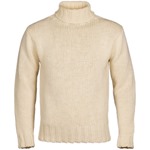 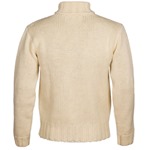 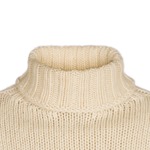 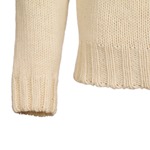 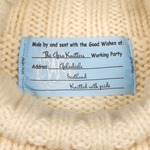 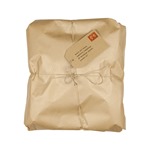 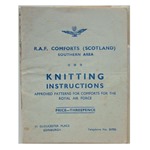 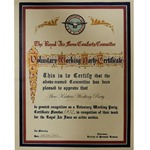 Base Price:£210.00
Size:
Standard size range is 34" to 48" inclusive, other sizes are available by special order
Summary
Description
Sizing

Perfectly replicating the Roll Necks, or "Comforts" as they became known, knitted back in the 1940s by volunteers in local knitting groups and guilds, on behalf of The Royal Air Force Comfort Committee using RAF approved knitting patterns to produce sweaters worn by many RAF Aces and during The Battle of Britain.

We have recreated the typical Comforts Sweater knitted in Scotland using heavy robust 10 Ply Guernsey wool chosen to perfectly match the original volunteer's sweaters. For authenticity we've replicated the original RAF label This is the "Third Generation" of our Comforts Sweaters. The first batch were hand knitted but sadly hand knitting is in decline and stocks could not match demand. The second batch were made by our usual knitters but the sheer weight of the garments proved too much for modern machinery.

This, the third batch has been Knitted in Hawick, Scotland, just down the road from Aero, and the spiritual home of Scottish Knitwear. They are hand framed on vintage knitting machinery using the same 10 Ply Guernsey wool we've always used, possible the most robust wool on the market today and chosen to perfectly match the original volunteer's sweaters. For authenticity we've replicated the original RAF label.

HISTORY OF THE ORIGINAL SWEATER

Knitted garments and ‘Comforts' were an important wartime contribution towards kitting out members of the Defence Forces whether they were in the Royal Navy, RAF, Army or Auxiliary forces and for distribution by The Red Cross to Prisoners Of War. Regulation clothing issue was basic and not always very comfortable and often failed to offer sufficient protection against harsh weather conditions. Collectors of British service men and women's uniform are well aware that knitted comforts items are generally more typical of what was worn on the front line than issue items. Volunteer hand knitted clothing included gloves, socks, scarves, balaclavas and sweaters that generally were not issued with the uniform and were invaluable to the many prisoners of war. Initially, when the Comforts knitting scheme was set up at the beginning of WW2, it was very much a fragmented effort within which individual women and households knitted garments to supplement clothing issued to local men in the forces. These ad-hoc volunteers were quickly integrated into the general Home Front organisation and their potential harnessed by the various wartime authorities to ensure more efficient supply, quality and upkeep of morale. The official line was generally that the ‘individual's reward was the satisfaction in knowing the men's appreciation'. Anyone who could knit was encouraged to join a knitting group, officially known as parties, a word used to engender a greater feeling of solidarity.

By April 1943, there were between 6,000 and 7,000 knitting parties across Britain. All knitters were volunteers doing their bit for the war effort and given official recognition by way of certificates and badges (See pic) They used knitting patterns approved by both The RAF and The Admiralty, while the wool, generally blue or cream, was supplied by weight free of charge to the individual households or knitting groups. This was often carried out by the ladies of the Women's Voluntary Services.

Back in the 1940s, finished sweaters were usually sent to the RAF Comforts Committee for distribution, our sweaters will be supplied wrapped in a typical period style brown paper parcel, tied in string, bearing a genuine 1940s postage stamp on a label addressed to the RAF distribution warehouse in Berkeley Square.........exactly as an original would have been taken to the local post office back in the day.

Please note, due to the nature of this garment, the hand framing and the conversion of the patterns from hand knitting to the vintage knitting looms used etc, there can be slight variations occasionally from standard measurements.

If you feel a slightly longer or slightly shorter than standard would be preferred please request in the “Special Instruction” box at check.

We can’t guarantee we’ll find one but we’ll try.