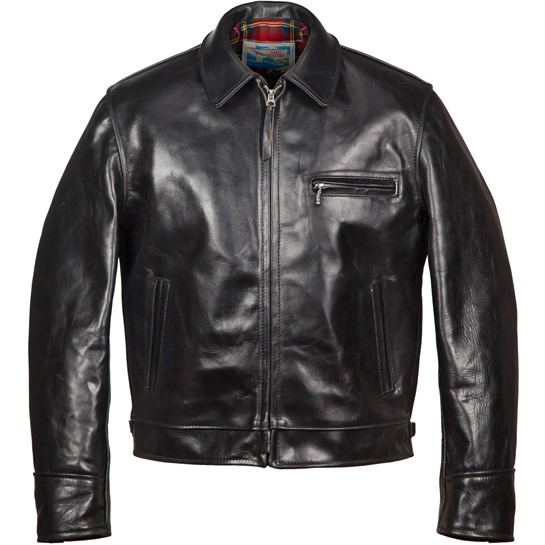 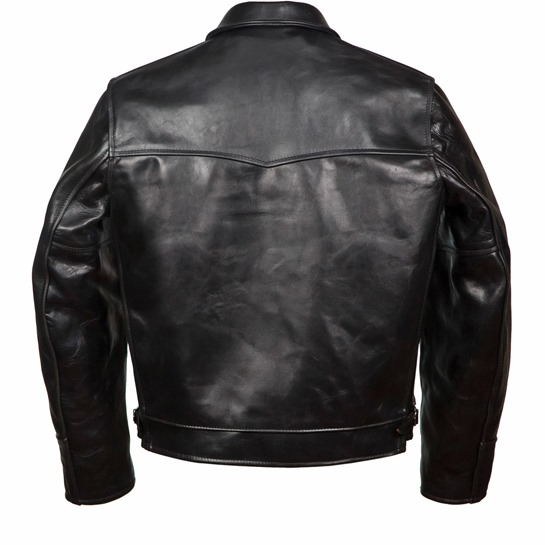 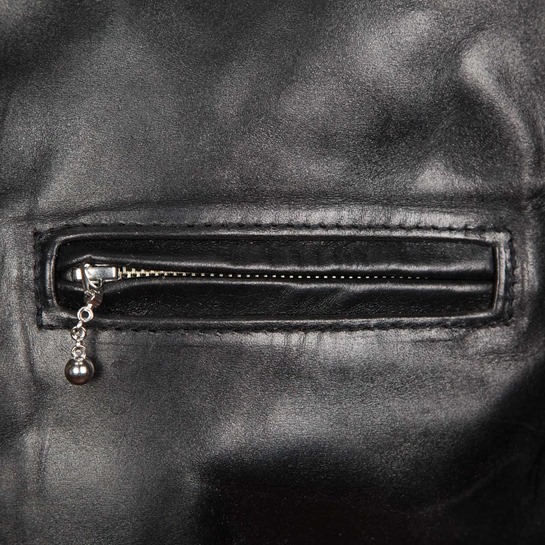 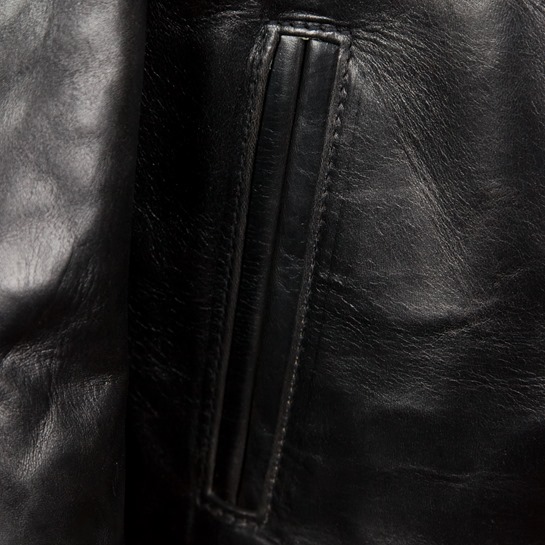 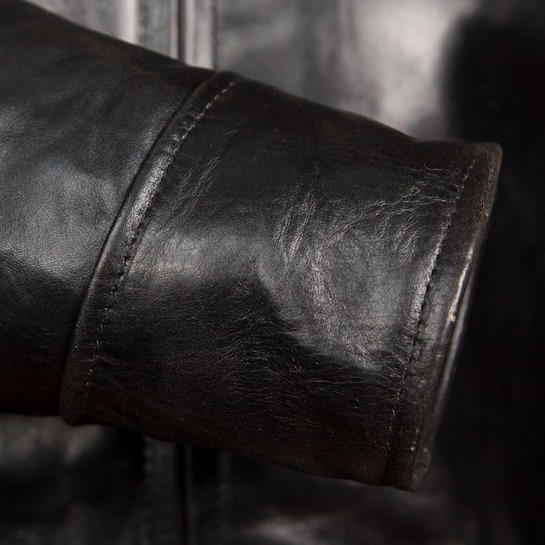 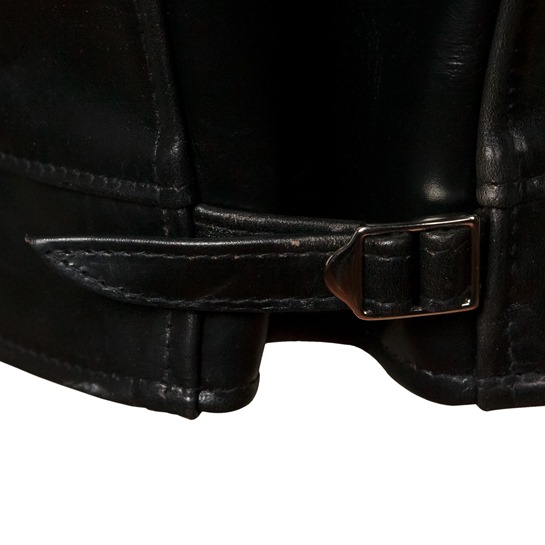 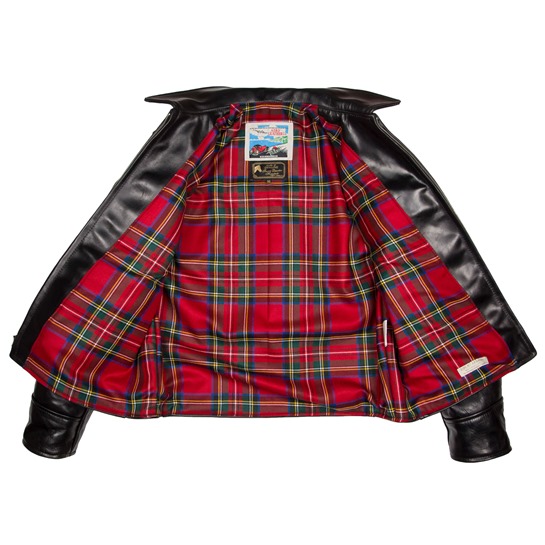 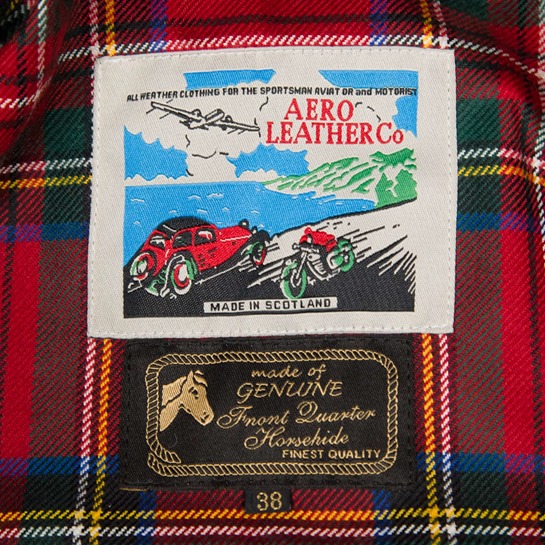 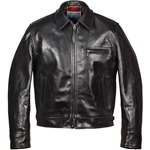 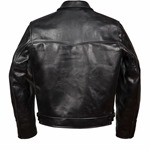 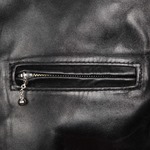 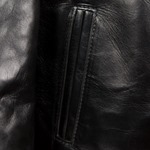 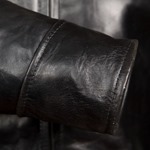 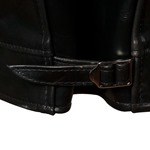 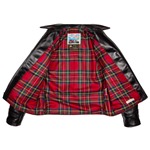 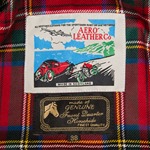 • The original and legendary "Highwayman". Often copied but never equalled.

Aero's most famous jacket, designed in 1983 as an "Americanised" homage to the British 1950s "Rocker's" jacket When we first designed our original, Aero Leather "Highwayman" we had no idea how often it would be copied, however we feel nobody has quite nailed the simplicity and clean lines that made this jacket our best seller in every year since it's inception.

In 1983, two years after the embryonic "Aero Leather Clothing" had been born under the wing of The Thrift Shop it was decided that the time had come to introduce a new jacket.. The demand for the few reproduction A-2s that had been produced since 1981 suggested there was a market for recreations of vintage jackets, especially as the prices of originals had soared over the previous few years. Rather than copy any original design, we decided to take the best selling vintage UK Bike Jacket, "The Highwayman" made by Rivetts of Leytonstone during the 1950s and redesign and remodel it as it might have been had it been an American made jacket of the same era. After around half a dozen prototypes each one improving on the previous version we arrived at the exact design that has now remained unchanged for almost 40 years.

While the very first Aero Highwayman looked like an American made version of the Rivetts' jacket, by the sixth one made the jacket had become The Highwayman that it is now known and loved all over The World. The early jackets were all made in Connolly Hide but in 1986 all was to change forever when we added Horsehide to our range of leathers.

Fast forward to 2013, to mark the 30th Anniversary of the birth of The Highwayman we added a recreation of the original Rivetts jacket the range, using only British manufacturing techniques, original patterns and materials to produce the quintessential 1950s British Bike Jacket. The choice of name for this unique version, "The 59'er Highwayman", pays homage to the "59 Club" members for whom a Highwayman was virtually de rigueur and, I suppose, 1959 was probably the heyday of this style Highwayman. Comparing the two versions side by side one can see how far the design evolved

This jacket is a 1950s inspired design which offers a fit with quite a bit of room around the body which was typical of the more relaxed fitting styles of this era.

The perceived ‘correct’ fit of the 1950s was generally more ‘oversized’ than modern sizing, so we typically recommend either selecting your usual size for this style to achieve the intended ‘1950s’ relaxed fit, although many choose to size down for a more modern fitted look.

Additionally, this jacket’s side adjusters are close to the hem and can be cinched in or out to achieve a more relaxed/fitted look around the hips.