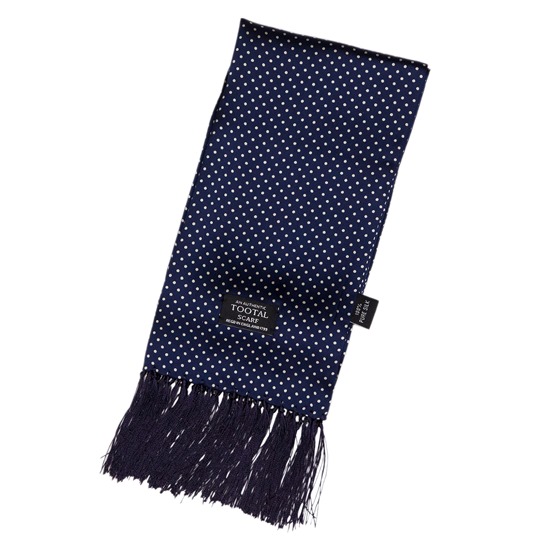 Base Price:£48.00
Size:
Standard size range is 34" to 48" inclusive, other sizes are available by special order
Sorry, this size is currently sold out!
Summary
Description
Sizing

Back in the early post WW2 era, when it came to scarves, Tootal was the undisputed King of Neckwear, one or more of their Classic scarves was a staple piece of clothing in every self-respecting gentleman's wardrobe.

Loved by RAF pilots and Hollywood starts alike, during the wartime years of the 40s these were equally at home in the skys of Europe or worn by film greats such as Cary Grant and David Niven wearing a silk scarf whether in an action film keeping the stiff upper lip or dipping into a glitzy Restaurant. Into the manly hell raising action heroes of the 1950s such as the likes of Richard Burton, Peter O'Toole and Stanley Baker. Into the music scene of the Sixties when no Mod on a night out at The Scene Club or on his scooter en-route to Brighton would be seen dead without a sharp scarf, and that scarf had to be a Tootal.

We are very proud to offer these beautiful 100% silk scarves alongside our range of other period classics.