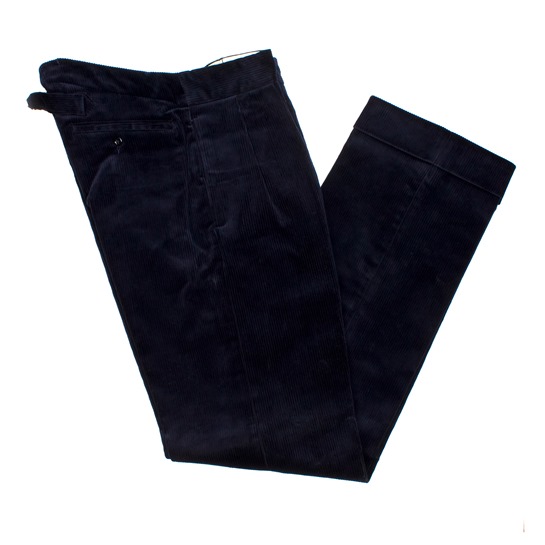 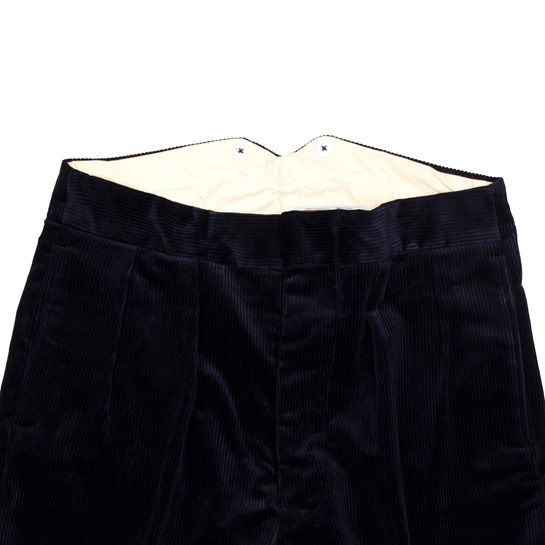 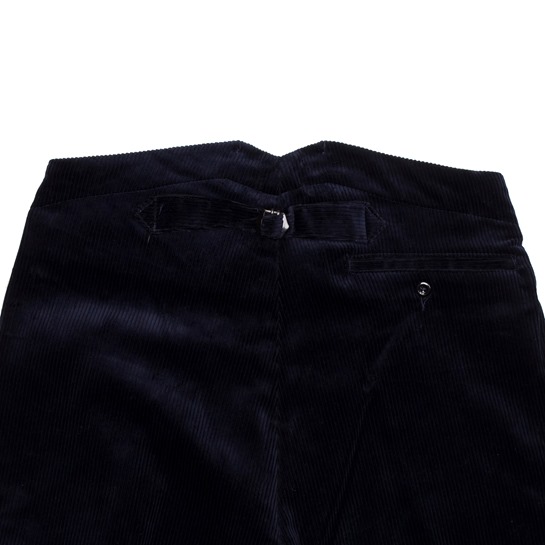 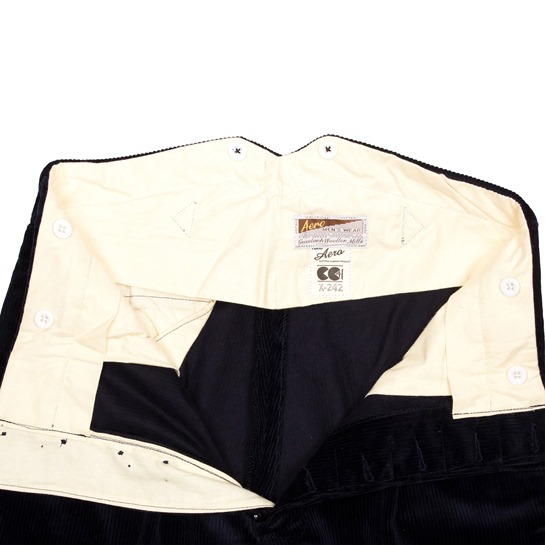 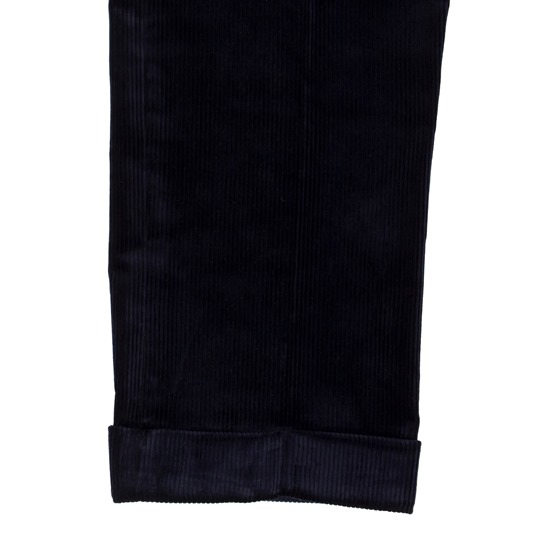 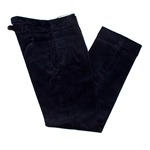 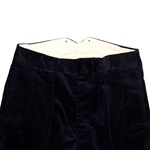 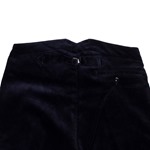 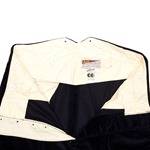 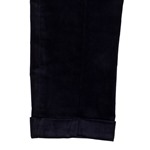 These superb traditional "Utility" corduroy trousers are loose cut and are made in The UK, they are stitch for stitch replicas of an original pair of 1940s CC41 labelled corduroy trousers recently acquired on eBay.

Utility clothing had a special label to denote that it was an approved design. The CC41 stands for Controlled Commodity 1941. The striking design was created by Reginald Shipp and was used on all wartime clothing and also on furniture during WW2. Our Utility style CC41 trousers have a button fly, pleat fronts, high waist line with fishtail back complete with cinch strap and buckle, buttons for braces and turn-ups. Strictly speaking, wartime regulations originally stated that trousers should not have turn-ups but, as the original pair we based our design on had turn-ups, we've fitted turn-ups to our version. The loss of turn-ups was, for many, the straw that broke the camel's back and questions were even asked in Parliament about "the loss of a gentleman's right to have a cuff on his trousers" and eventually various ways were found round this design feature.

Clothing rationing began in June 1st 1941 with no warning, it was announced out of the blue on the news at 9.00am mainly to prevent a rush of panic buying Due to the war effort there was a shortage of fabric Clothing Rations were controlled on a points system and the books contained coupons of various point values. Items of clothing were assigned point values. Each person was allowed sixty-six points a year, which was supposed to equal to one complete outfit of clothing for the average adult. Certain anomalies occurred, one being that Corduroy trousers which were designated work wear status and therefore needed only five coupons as opposed to eight coupons needed for trousers made of most other fabrics.

This led to cord trousers being very popular during the 1940s and today these are perfect for all WW2 events. In a bid to overcome the clothing rations, knitting became even more popular than before, people were encouraged to knit gloves, socks and scarves to send to the men in the armed forces while brightly coloured Fair Isle sweaters became a symbol of hope in a rather "black & white" World.