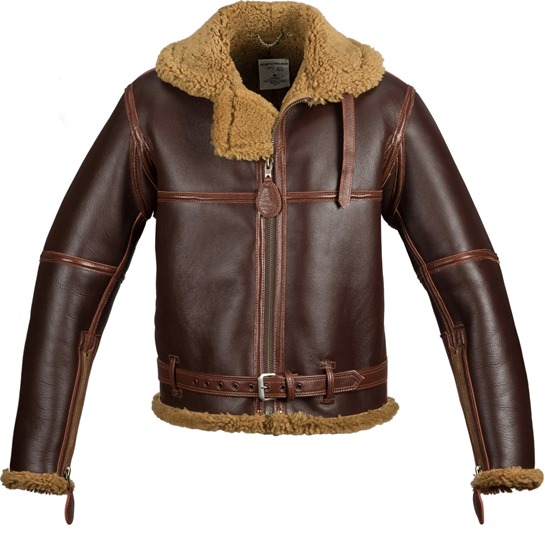 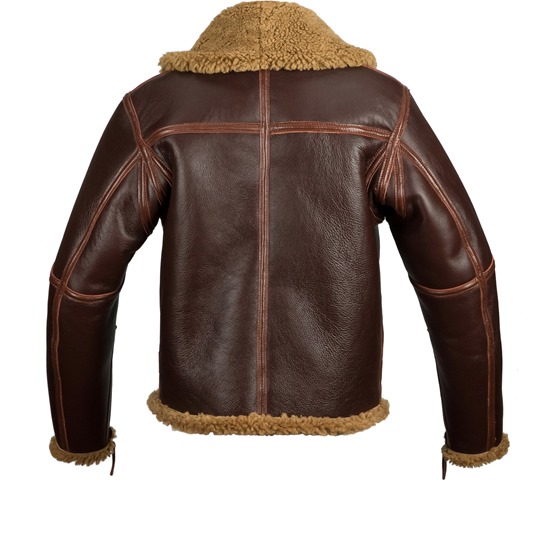 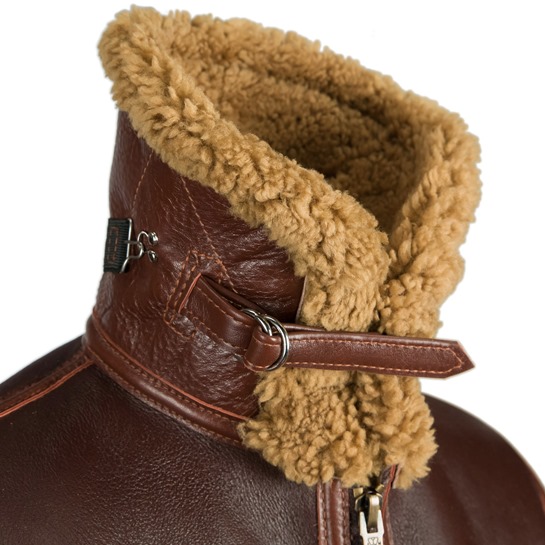 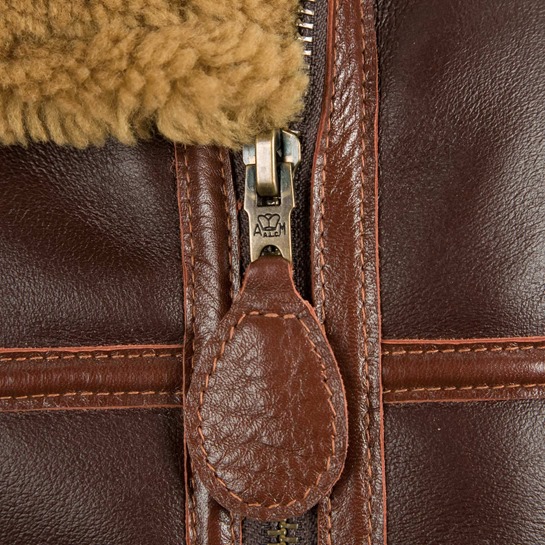 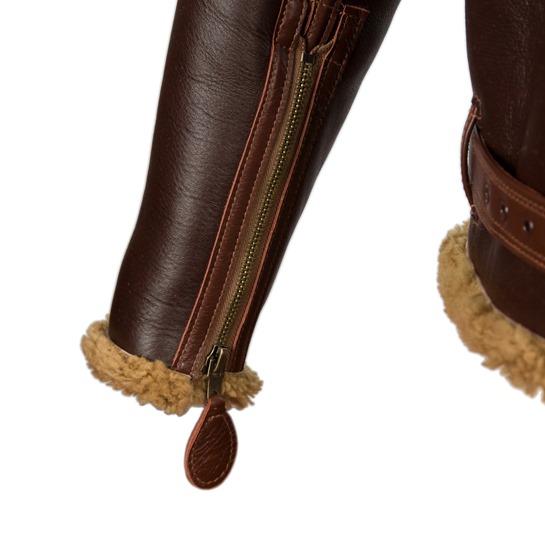 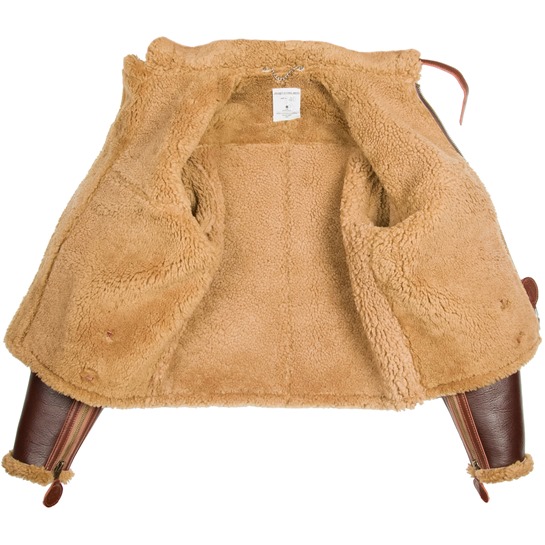 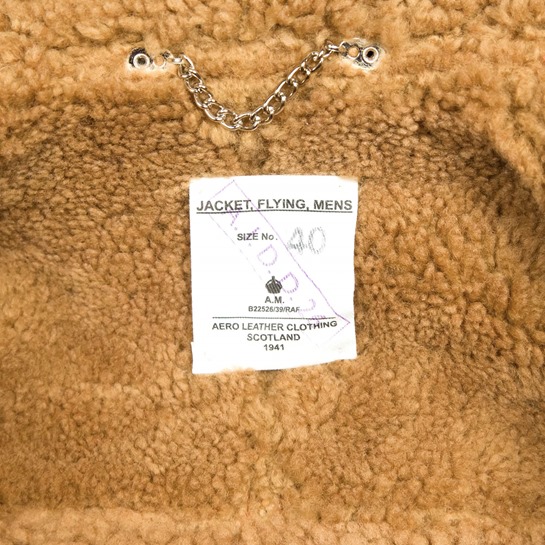 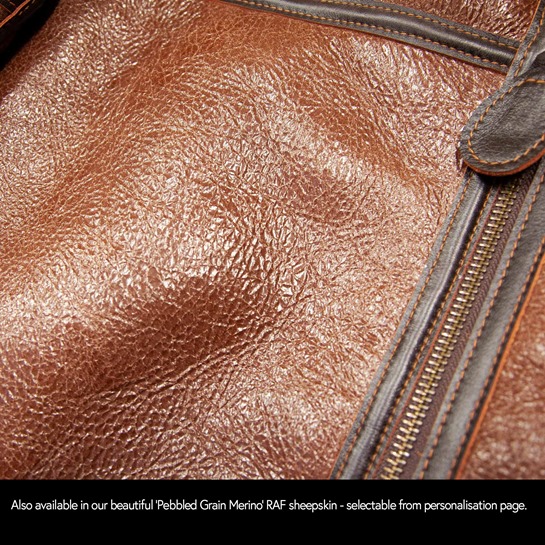 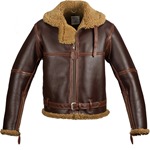 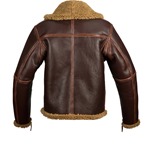 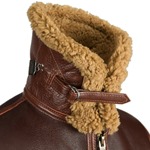 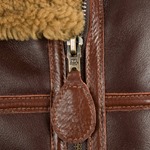 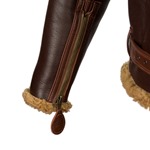 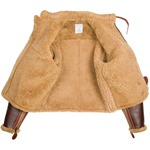 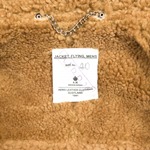 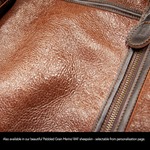 For our version of the first split panel RAF jacket, introduced in small numbers just before The Battle Of Britain, we've gone back to scratch, a completely new sheepskin has been sourced in The UK and tanned to perfectly match the original WW2 material specifications, a full set of new patterns have been cut, graded from an original example in our archives resulting in a much improved fit and more authentic sleeve profile.

Although this is our 1940 jacket, the origins of the RAF Sheepskin jacket, it could be argued, dates back to 1919, when an American, Leslie Irvin, made the first ever free fall parachute descent using a home made parachute. The new invention was an instant success and became known as the Irvin parachute. Irvin opened production facilities in the UK in 1926 at the Irvin Parachute Co., Letchworth, Herts. His parachute gained rapid acceptance, and by the early 1930's was in service with some 40 air forces around the world. It was from the Letchworth factory, in 1931, that the Sheepskin Flying Jackets, popularly known as "The Irvin", went into production. The early jacket was pretty much the same as the WW2 jackets apart from the large panel configuration which was divided and further sub-divided as wartime shortages of sheepskin demanded that every scrap of was used! The pre-war jackets were almost exclusively manufactured without horizontal seaming, but with body panels joined vertically only, thus requiring fewer seams and making assembly both quicker and easier.

The downside of the larger panel was the use of far greater quantities of the ever more scarce Sheepskin, basically the deeper Britain got into the war the more panels on the Flying jacket and jackets soon began to appear in almost "patchwork". The jacket was phased out in 1950.

We generally recommend ordering your usual size for our R.A.F. styles for the intended fit (normally the one closest to your relaxed chest measurement), but you can also size up for a more relaxed fit room to add heavier layers as these jackets were often worn oversized (they were usually worn over uniforms). We don't often recommend sizing down for a very neat fit but it can sometimes work with the extra room allowed by the under arm gussets, however sizing down doesn't leave much room for additional layering.